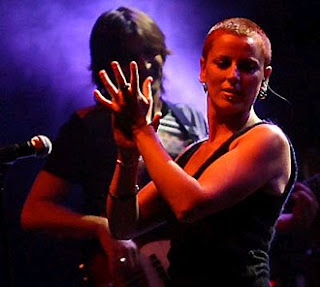 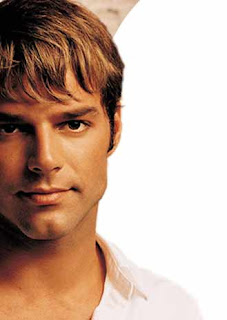 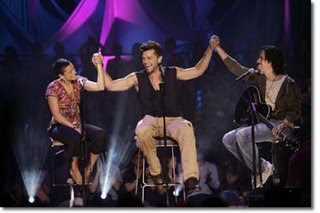 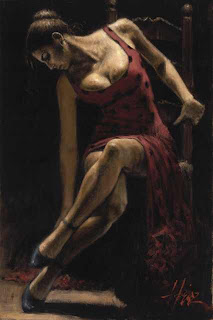 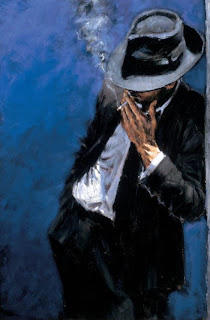 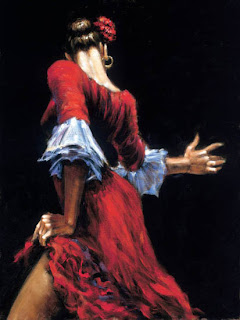 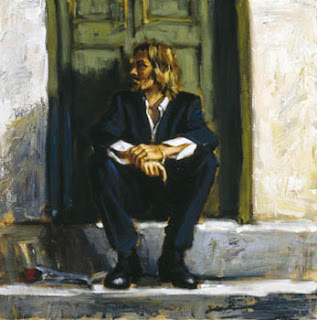 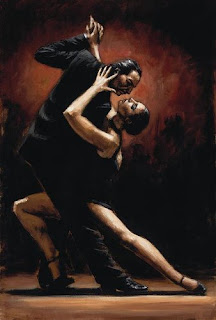 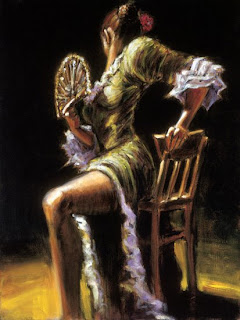 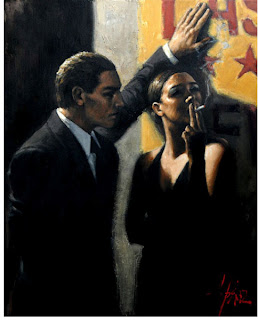 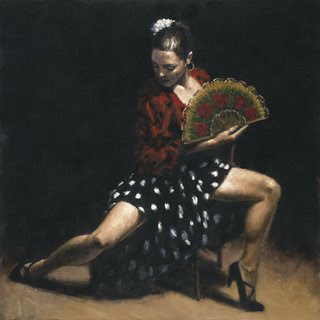 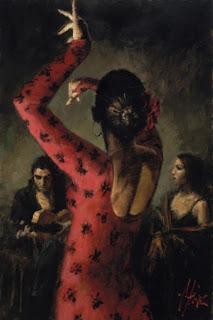 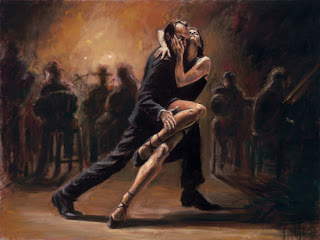 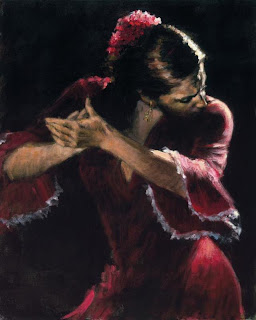 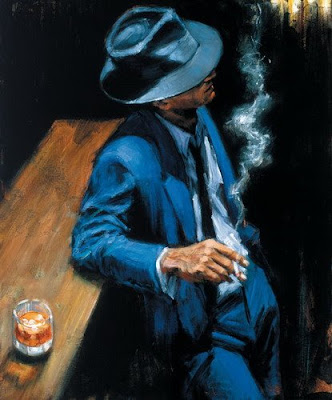 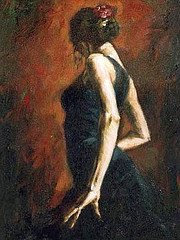 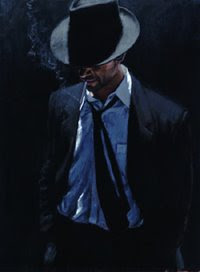 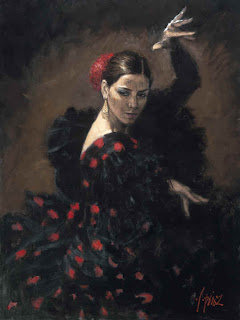 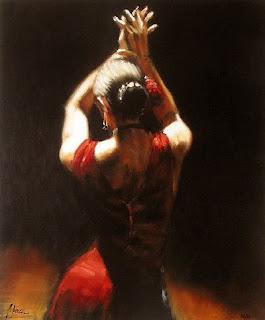 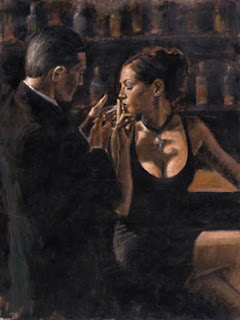 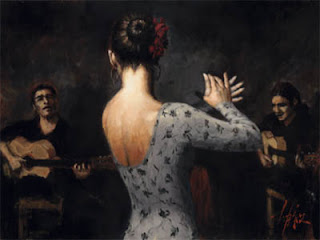 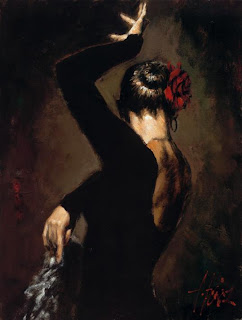 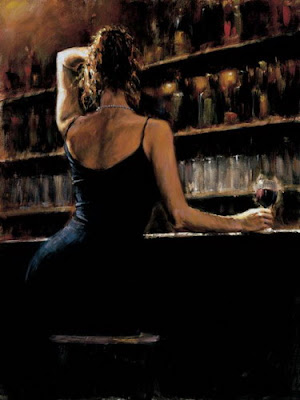 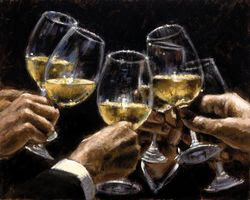 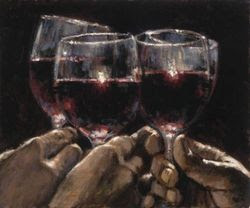 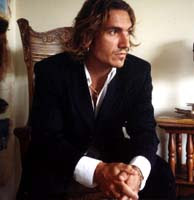 The romantic art of Fabian Perez is a nostalgicreminder of a bygone era. The Argentinean Artist usesan impressionistic style that Perez couples with anarray of colors, highlights and shadows to createvisually intriguing images and figures

At the age of 9 he became fascinated with the paintbrush, and using watercolors and tempera he painted portraits of his friends and family. His mother, Edua Herreria, a beautiful Brazilian women, met his father, a handsome and charismatic ladies’ man, Antonio Perez, in the late 1950’s, in Campana, a small city outside Buenos Aires.

They married and had four children of whom Fabian is the youngest. Edua was the creative force in Fabian’s life and Antonio was the inspiration for his work. Fabian witnessed his father’s unorthodox and often difficult life, portraying him in his paintings as “the cool guy” outside nightclubs and bordellos. Antonio owned a number of brothels and illegal nightclubs in Campana, and was frequently chased and closed down by the police.

Nevertheless the young Fabian was constantly exposed to beautiful women who could seduce a man “simply by lighting a cigarette”.

Today we see these “ladies of the night” exquisitely portrayed in many of Fabian’s paintings - memories of his youth and the nightlife he observed. At the age of 16 Fabian was faced with the loss of his mother and 3 years later the loss of his father. The sadness and despair he experienced left him confused and searching for answers.

In 1984 he had crossed paths with the greatest inspiration of his life - Sensei Oscar - who later became his teacher, master, close friend, and father figure. Heartbroken and alone, he therefore found strength and a degree of inner peace through the study of martial arts.

Then in 1987 Fabian set off on a journey that was to last until the the present day. After six months in Rio he took up residence in Padova, near Venice, where he stayed for seven years, studying with Oscar and painting daily before moving on to Okinawa, Japan.

He finally decided to experience a different side of life in the USA, and in Los Angeles he worked as a busboy and a model, and ran odd jobs for Universal Studios. With his days full, he painted throughout the night and considers this the most creative period of his life.

In 2001 two art publishers and gallery owners saw and fell in love with an exhibition of Fabian’s work. They met Fabian two days later and they formed a partnership to promote, market and develop Fabian’s career as a fine artist. The collaboration was an overwhelming success; every painting Fabian created was sold immediately and the demand for his work exploded. Today his work is published by DeMontfort Fine Art in the UK.

Fabian wishes not to categorise his style as he does not want to limit himself or his work. His art is simply the passionate expression of his strong romantic feelings. Inspired by what is known in martial arts as the Muga (empty mind), Fabian finds himself in this almost meditative state of mind when he is at work, and the purity of his creativity flows.

He now resides in Beverly Hills, California, where he paints, plays soccer, trains and teaches martial arts to close friends. He still travels the world for inspiration. The Creative Influence… When we look closely at the paintings of Fabian Perez we can see some fascinating visual signposts that point us in the direction of his influences.

The first of these is the night time setting for many of his most powerful images. This distinctive trait leads us directly to the door of his father, Antonio, who Fabian has always cited as the inspiration for his work. Antonio owned a number of bordelloes as well as other clubs and was frequently chased and closed down by the police. Thus was born the young Fabian’s fascination with the underground world of night in the city.

The second visual signpost comes from the women who appear in Fabian’s paintings. The intimacy and respect with which these “women of the night” are portrayed is due in no small part to his upbringing, where he was befriended and often cared for by girls that other schoolboys were being warned against.

The warmth and humanity of these women is as central to his images as their beauty and seductiveness. Like Toulouse Lautrec, whose vibrant but humorous portrayals of the Moulin Rouge cancan dancers offered us a uniquely intimate view of these extraordinary women, it is Fabian’s closeness to the reality of his subjects that sets him apart from other artists who might paint such figures from a greater distance.

Thirdly, there is the constant presence of rhythm which pervades every image, regardless of whether the subject is dancing or simply smoking on a balcony. This complete understanding of the tempo and cadences of the human body comes from two distinct areas of Fabian’s life.

One is his own musicianship which is hugely important to him and connects with his artwork on a profound level. The other is his dedication to karate and the philosophy it embodies of identifying the essence of an individual and communicating that central vital spark on the canvas. (c) 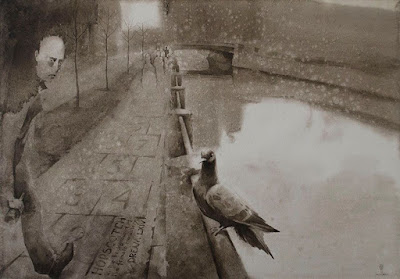 Please donate $5.00 if you enjoy reading this blog!